Saturday January 21st 2006 will always be etched into my mind, that was the day my dog, a Newfoundland was as they say “put to sleep”. At 11 years and 9 months he wasn’t young by any means and at 145 pounds he wasn’t small. The last 6 months have seen his health deteriorate quite considerably and we put that down to his age. During that period he had trouble finding his feet in our tiled family room and one night he must of splayed out as we found him in the morning unable to move.

At first we thought he was paralyzed and took him to our vet who instantly wanted to euthanize him. After further examination and several hundreds of dollars later he could find nothing wrong with his spine. We decided to bring him home and and at least recoup. His appetite was none existent for several days before he started taking food in any amounts. We found over the next few days that indeed he did recover but with less mobility, finding it hard to lift his rear without help and relying heavily on his front quarters to lift up his weight. 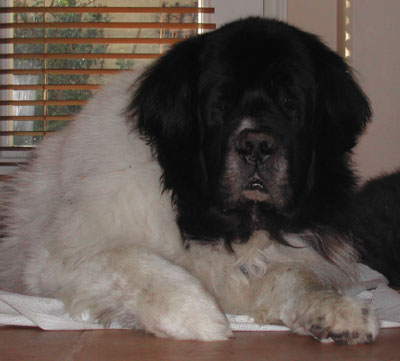 During the following months he did improve but he still never fully recovered his mobility on his rear. Over that period of time our vet decides to close his practice and the search is on for another vet. Trying to find a vet is like trying to find a doctor for yourself, there are a lot to choose from.

Before we know it he is limping and favoring his left side, has he got a sore on his paw again we ask ourselves, he has always had trouble with the soil in our yard as the housing is built on previous oil well land. After checking his paw we find no sores but notice that his shoulder blade is sticking out further than it should. Now this hasn’t been there a long time, has he splayed out again. The new vet checks his records and does his own check up, taking a sample of tissue and announcing that there is no infection at a cost of several hundred dollars, pain killers is all he could suggest. 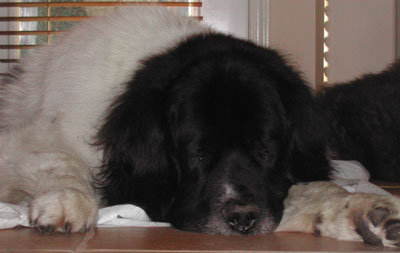 Feeling unimpressed with the verdict my wife sorts after yet another vet going on recommendations from several friends. The records are transfered and yet another examination and sample are taken after persistance from my wife stating that there is something drastically wrong. Anything out of the ordinary, you will find a relutance for them to find the answer. There are abnormalties to his shoulder and we need to know what the problem is.

The results are due in one week and during that time he is in a lot of pain, needing assistance to get up. The results reveal that he has bone cancer and there is no recommendation offered. We’re devastated, a once healthy dog six months ago, now a shadow of himself. The only facts the vet offered were, “He can only get worse.” I’m overwhelmed with sadness, there is only one option to end his suffering and I’m completely against it but what can I do. No alternatives are given and the decision is ours. Gone is the best dog we ever had. 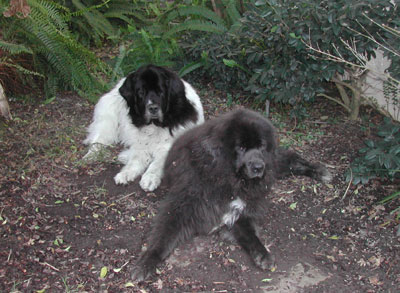